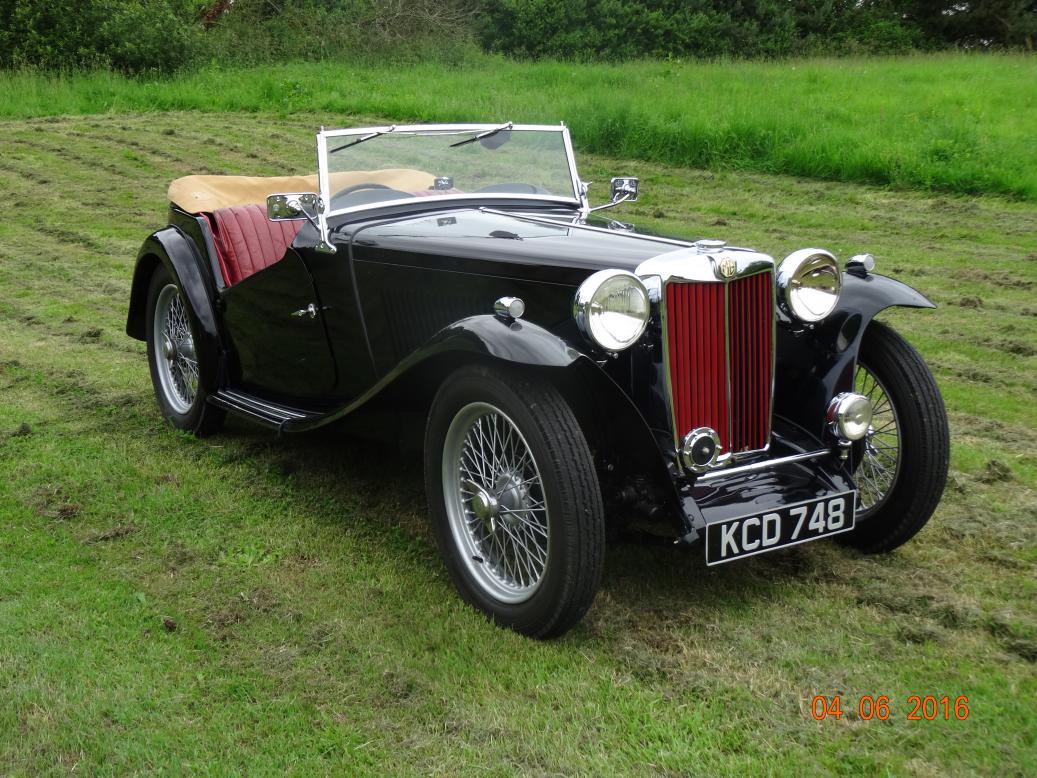 On 25th March 2021 After being locked in for a year and the sun was shining I decided to take the TC to Longstone Tyres in Bawtry for a new inner tube. I eventually found them in a place called Hudsons Yard. Hudson's are lorry trailer manufacturers and repairers. I drove in past a car park on the left and drove slowly through all the trailers parked up looking for the unit for Longstone Tyres. A got to the end and then saw their van parked up a ramp. So I drove up the ramp and turned left towards the building, probably 100 metres. When I get to the building there was a chap repairing a van... "Where's Longstone Tyres, mate" to which he laughed and said "you've come round the wrong side, they are here but the entrance is on the other side of this building, go back to the front and go through the car park to the very end of the building"

I reversed right hand down a bit and when I got back to the ramp stopped and drove forward down the ramp.... only it wasn't the ramp, it was the lorry loading bay next to the ramp! I took off over this four foot high bay and landed with an almighty crash. One headlight fell out and was retrieved by someone who handed it me, the bonnet had come off the rear bracket, the front a rear number plates were bent up and the tail pipe was squashed flat.

With the headlamp on the passenger seat I drove back to the front, through the car park and along to the back of the building where I found Longstonbe Tyres. I went in and announced that I was there and had taken the car for a flying lesson. They all smiled and said they'd wondered what the almight crash had been and that people drove off that ramp about 4 times a year. The last to do it was a 6 week old Mondeao which needed a new body shell.

I cannot priase the chaps at Longstones enough, they sat me down and made me a cuppa, then after I'd calmed down and they'd put a new inner tube into my spare they helped me refit the bonnet, open up the squashed tailpipe and refit the headlamp.

I drove home expecting the car to be steering all over the place but it seemed fine.

When I left the low fuel light was on and I assumed the unit had been damaged by the shock, but no, I was running out of petrol and finally came to a stop about a mile from home. My darling wife brought me a can which we filled at the garage then got most of it into the TC tank and drove home.

Once home Lynne said I looked grey and my hands were shaking, nothing a few large whiskeys couldn't cure!

I went back on the Monday to take pictures of the ramp and measure it's height. It is four foot high!

Next day I started to put the car back together, refitted and adjusted the bonnet, refitted the headlamp properly, straightened the front and rear number plates and gave the underside a thorough inspection as well as the wheels. It's amazing but the wheels are OK, no chassis damage is visable and the only damage is a flattened exhaust system. I ordered a new one which was then fitted and the car is now as good as new, tough little buggers these 72 year old MGs.

The following pictures are of the chassis and exhaust.

These are pictures of the ramp.

This picture shows how easy it was for this idiot to mistake the bay for the ramp.

The nose of the lorry on the left is the one in the previous picture, loading the trailer onto the trailer in the bay.

So, in conclusion, apart from a new exhaust I consider myself lucky the damage wasn't far worse. I hurt my right ankle, which was knocked against the side panel by the throttle pedal.