Select the subject, most are my cars but the "family" & "interesting items" pages may be worth reading.

I bought the 7 in 1992. It is a 1989 BDR HPC model. This is the first of the Caterham HPC models, so called because you could only buy one if you took a High Performance Course (HPC).

It is powered by a Cosworth BDR engine. This is the first Cosworth engine to have belt driven (BD) camshafts. The "R" denotes kit form and the vast majority of the BDR engine were fitted to Caterhams.

The  Elan joined the family in 2000. It is a 1974 Sprint Hardtop. The thinking was to have one for the wet and one for the dry. The car has had a full engine rebuild and gel-coat up respray as well as new carpets. It is a fantastic car considering it's 30 years old and goes like a rocket. Since getting the Elise it doesn't get used much but I'm reluctant to sell it as I've invested so much money & time in it. It was sold in 2005 as we were moving to France and couldn't justify 2 people having 4 cars!

I bought the Elise off a fellow Lotus Seven Club member early 2004. I needed a car to go back & forth to the south coast for a year or so on business. It was not practical to use the Seven or Elan. The idea was to keep it whilst I was doing these long trips then sell it. However I'm so pleased with it as it's not like a modern car at all and goes like the wind, that I may well keep it a bit longer than first planned. This has also now been sold. As Lynne's Nissan X-Trail was sold pending the move to France, the idea was she would use the Elise. However, she didn't like it and it wsn't getting used so I sold it and bought her a 1973 MG Midget.

In the "other vehicles" are some details of other vehicles I have been involved with. This section will be built up in the future, but for now I've got a picture of the fastest vehicle I've ever driven.

The family section is what it says, my family.

Oh, and the quote at the top. A very good friend of mine says we all need "a bit of daft". I think we all know what he means.

The 3 cars that were in my life. Elan & Elise now sold 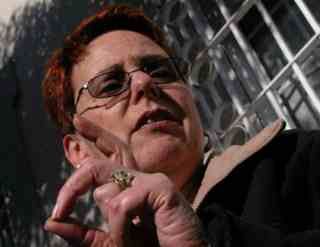 and, the real love of my life, Her Majesty, Lynne 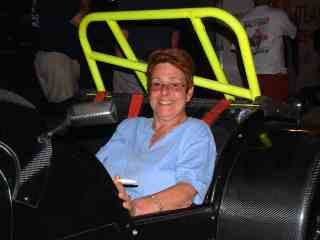 And first love sitting in second (picture by Bongomania) 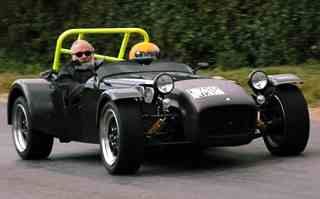 On the Big Blat September 2004. A150 mile drive around the lanes of Norfolk & Suffolk, Picture by Paul Davis.