I purchased the car in 2000 from Paul Matty for £13,000. The car came with an enormous history file. One of the previous owners had spent several years rebuilding it. I've now spent 3 years putting his work right.

I didn't have much luck with this car in it's early days. In the first week of ownership a friend opened the bonnet to look at the engine and didn't lock it shut. The bonnet on the Elan is removable and has a large spring on a hook holding the front down. Unhook the spring and the bonnet lifts off. On my way to Barnsley the next day, I turned a corner at the top of the highest hill around Sheffield into a 60mph wind to see the bonnet fly off the car and down the road!

Next "incident" was when adjusting the handbrake (they never work on Elans) I asked Lynne to sit in the car and pull the handbrake on/off as I adjusted the cable. The car was jacked up at the front on the slope off my drive. My sons new car was parked in the road across the drive. Lynne gets out of car with final instruction to put handbrake on. Being Lynne, she's confused whether up or down is on (umbrella handle type handbrake), and leaves it off. I let car down, and watch bemused as it rolls backwards down slope into side of sons new car. £1600 later both cars are as new.

That winter, after a very cold night, the paint peels off the boot lid and rear window surround. This is what happens when paint is sprayed onto a car with water in the air. Micro bubbles of water are trapped under the paint and when frozen break through the paint.

About the same time the car started running "lumpy" and I couldn't get any mixture adjustment on choke 4. As it didn't have an unleaded head, I felt it was time to get the head upgraded and this would sort the problem at the same time, suspecting burnt valve seats. As it's easier to remove the engine than take the head off in-situ, the Christmas break saw me removing and stripping the engine. Head off and found the problem to be a deep score on No 4 bore. Engine taken to Pat Thomas of Kelvedon who did a complete rebuild. At the same time I had body stripped bare, gel coated and painted and new carpets all round. I've since fitted a new brake servo, new pads and discs, new rotoflex couplings.

The car is being sold in November 2005 as we are retiring abroad and are taking the Elise and the 7 with us to our new home.

So after all these trials and tribulations this is the car, the most expensive Elan in existence? 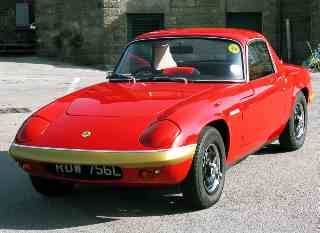 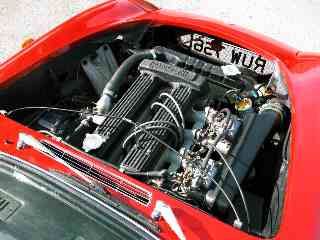 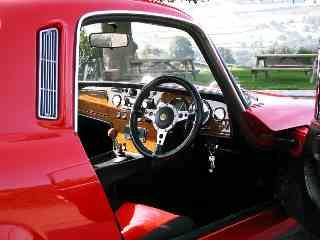 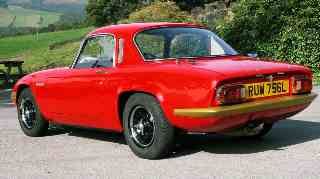 The car was sold in December 2005 when we moved to France. It now hill climbs in Scotland.