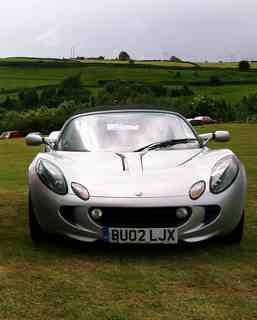 I needed a "modern" car as I will be going back and forth to the south coast for about a year on business. I had planned to sell it when the south coast job was completed but am so pleased with the car that I may well keep it longer than planned.

Well I kept it until 2009! We took it with to France, the idea being that Lynne could use it as her everyday car. MISTAKE! She hated it, it's difficult to get in  and out, she was uncomfortable as she had to pack the seat with cushions to see outand it just wasn't her sort of car. So it went to a chap in Paris who has several cars including a Westfield.