Whilst on out annual visit to the UK, I realised that I wasn't enjoying driving the huge ungainly Audi A6 1.9 Tdi. So, with my usual impetuosity I decided to buy a hot hatch. Many on the Westfield forum suggested a Honda Type R. I didn't have much of a budget but looked on Autotrader and found a few under £3000. However most had been to the moon and back. One was a 2003 85,000 miler in black and located at Bel Vue in Manchester. Not far from Sheffield. So on the Sunday before we were due to leave the next day we went to look at it. He was asking £2,800. It needed new tyres (see below to see how much it needed new tyres) and I said it would need a cam belt (it doesn't, they are chain driven cams). I offered £2,500 and me acting the Asian and the poor lad having been born in the UK and not having a clue how to negotiate as they do in the bazaars, I got it for that. I got my daughter to send £1 to his bank to make sure it came through quickly. It did. Then at 09:30 I asked her to send £2,500. It hadn't arrived by 16:00 so we gave up and left. I postponed the hotel in Ashford and the ferry by 24 hours. We went back early Monday, the money was in his bank, he was in his bed, his brother gave us all the paperwork, new MOT and the V5 and off we went, me in the Honda and Lynne in the A6. As soon as I got it to the main road I found the clutch slipping, not much but slipping never the less. We went back to our offices in Sheffield where I transferred everything from the A6 to the Honda. We said goodbye to our kids and everyone in the office and set off. On the motorway the car was vibrating quite badly. I diagnosed this as tyres, expected a "lump" on one of the rears.

All was well and we got back home late Tuesday evening having driven nearly 800 miles. First job when we got back was to sort the plumbing in one of the gites. I finished earlier than expected on Saturday (8th June) so spent the afternoon giving the Honda a thorough wash and interior valet. It needed it. Then today (10/06/13) I finished the rest of the work in the gite so spent from 14:00 to 19:00 polishing it. It still needs more polishing but that will have to wait. Tomorrow morning the aircon is being recharged and in the afternoon it gets its new boots. The new clutch will be here later in the week so that sounds like a Saturday job. Total expenditure will be circa £3,500 (I've also ordered a new set of Honda mats).

And, finally, the tyre that was causing the vibration. It's like this all the way round and in a few places the wires are almost worn through. Miracle it got here. 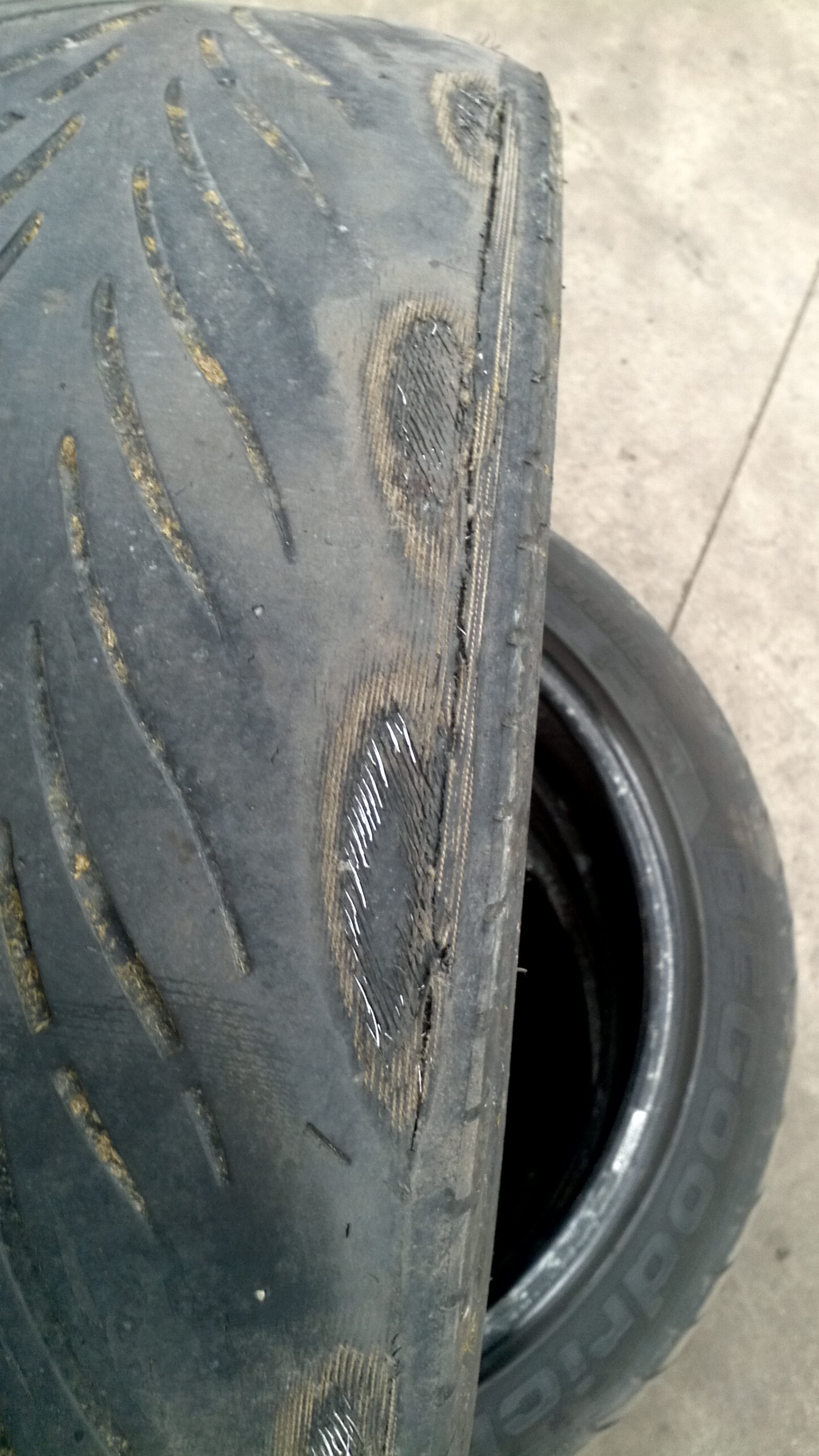