In 2003, after running for 2 years on unleaded, it was time to get hardened valve seats fitted. Any 7 owner knows that you cannot strip a seven engine without thinking "MORE POWER"

A call to Roger King and the engine was on its way. My brief - 220bhp and driveable on the road. Roger met the challenge and exceeded my expectations. He came in on price and on time. He's great to deal with and takes a lot of trouble over you, the customer. His engine work isn't bad either!

So, what did I get for my money. Steel crank and rods, Cosworth pistons, lightweight flywheel, but most important of all, Rogers magic in porting & gas flowing the head and some VERY large Cosworth valves.

A little story illustrates the end result, which is not only about bhp & torque. When I had the car in bits, whilst Roger was working on the engine, I rang him and asked if I should fit a rev limiter. "You've got your right foot, you don't need a rev limiter as well" was the sensible reply. When the car was gently run in and Roger had pulled the head down we went to a friend of his to use the rolling road for a final setup. The rolling road was ancient but served the purpose. After a hour or so of extreme noise coming from the shed which housed the rolling road and my car, Roger emerged holding a piece of paper, grinning from ear to ear and almost shaking with excitement. He was very pleased to inform me that, in his opinion, the brief had been met, and, by the way, I had better fit a rev limiter. Once past the 4500 rpm this engine spins round so fast it's difficult to stop. It's now limited to 9500 rpm. (Roger says it's good for 12000) 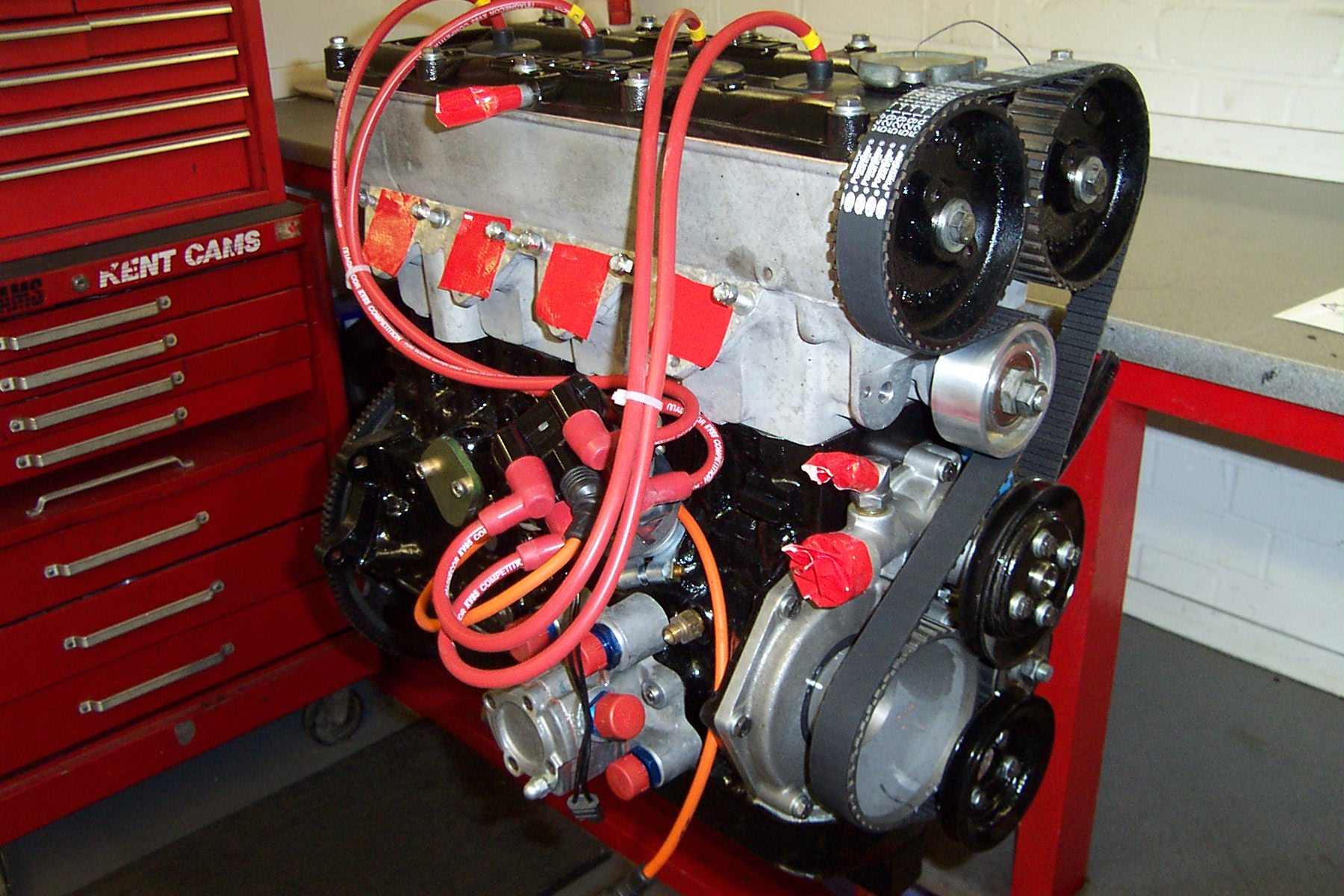 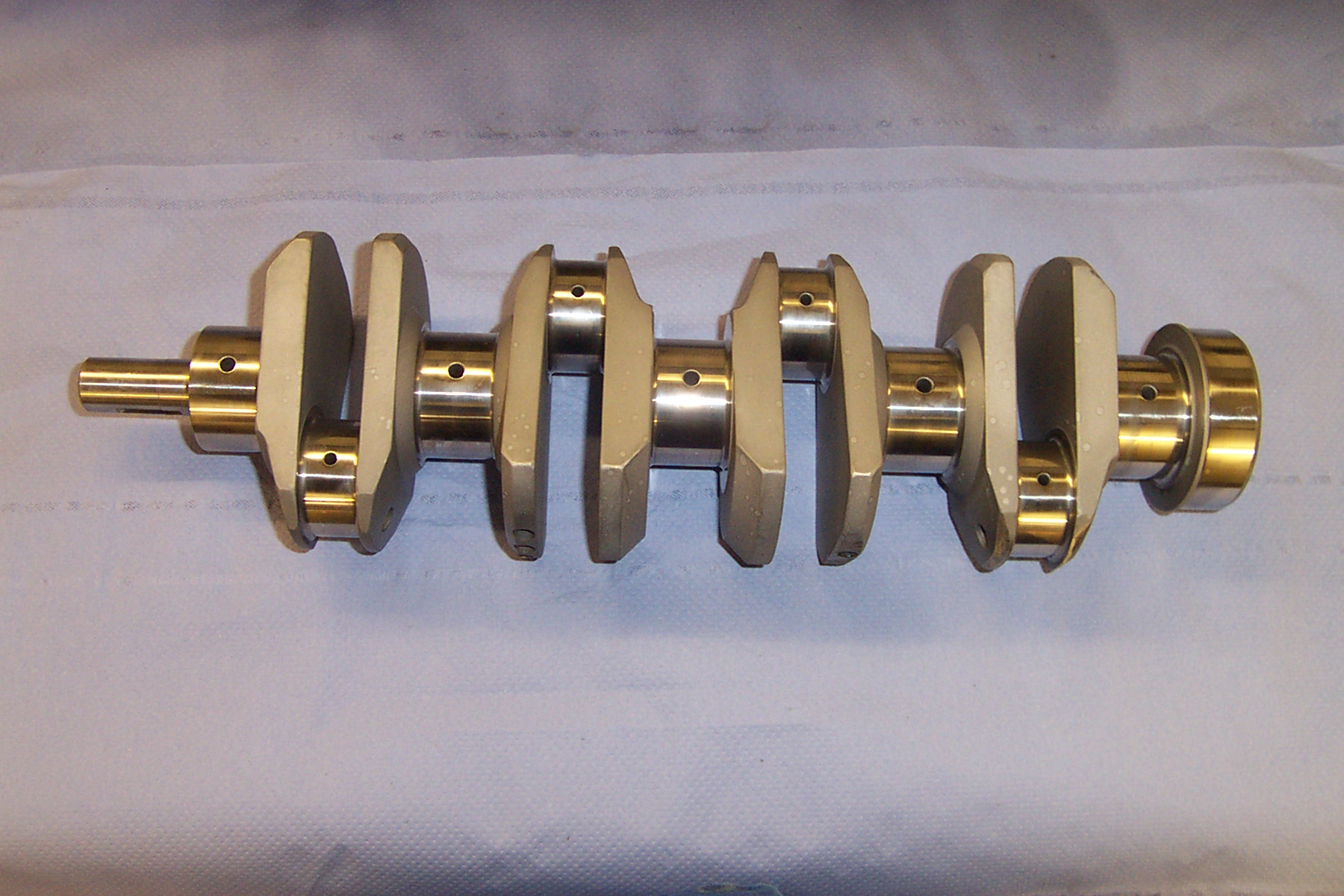 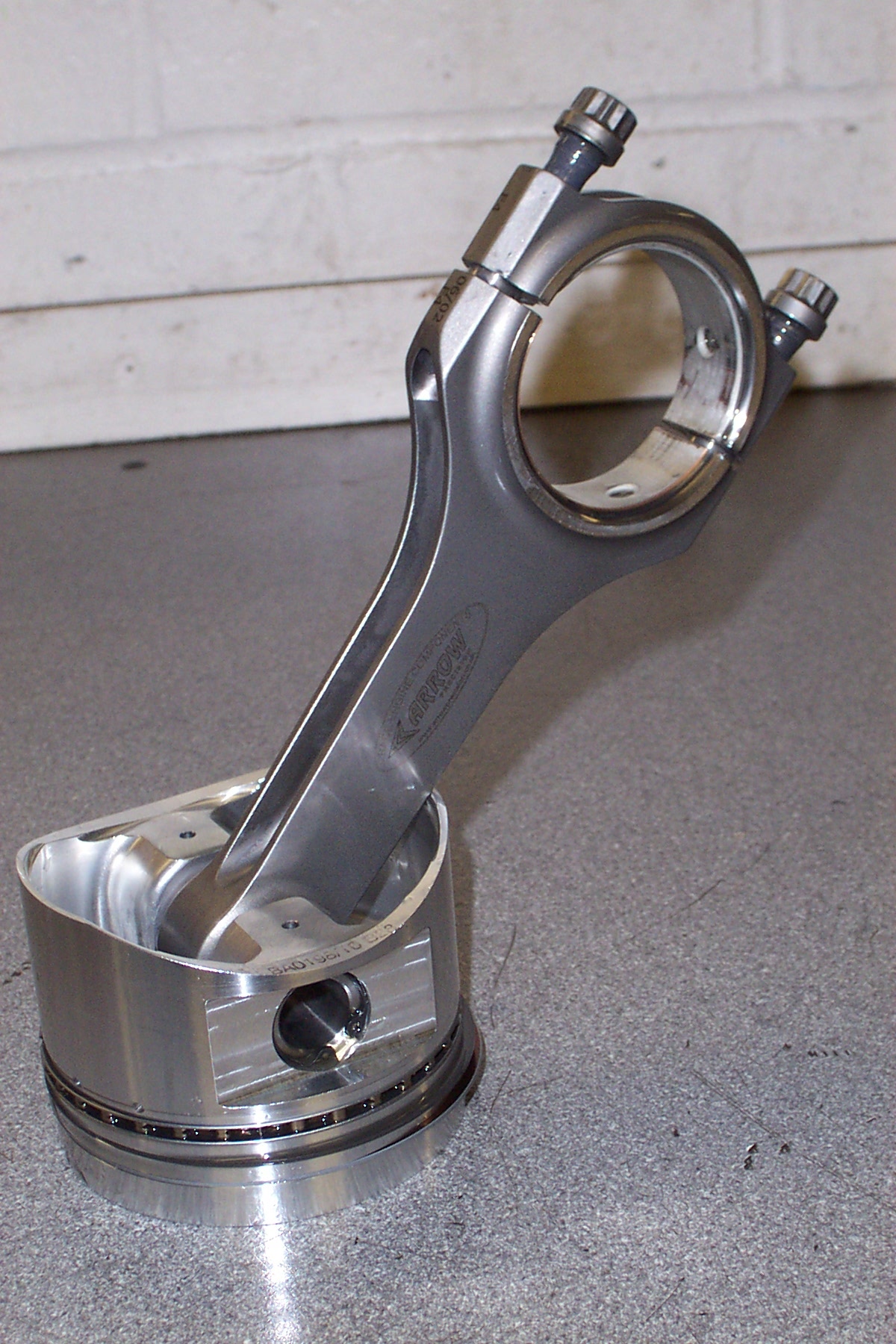 Conrod & piston - a work of art 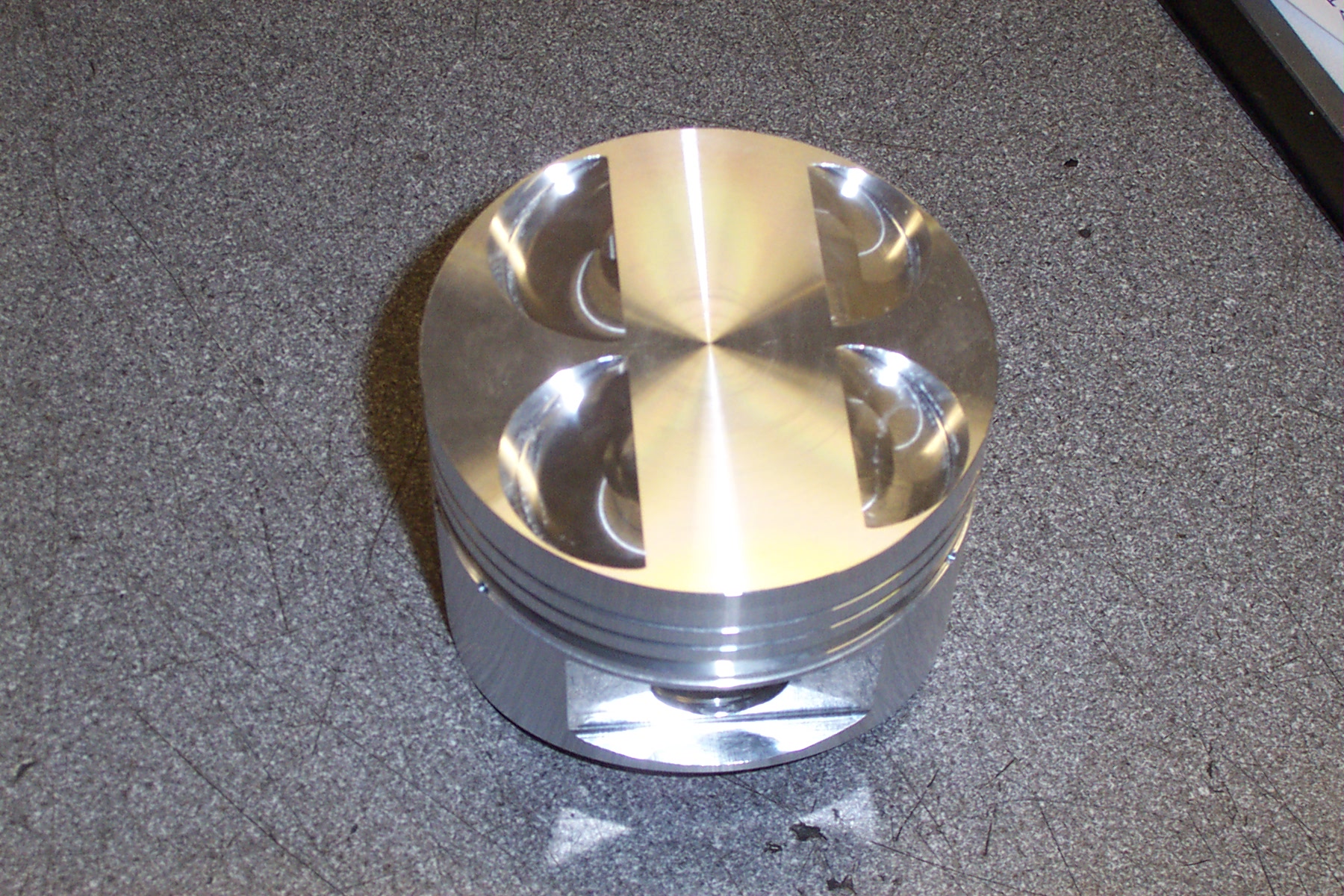 Close up of piston (wonder if it still looks like this?) 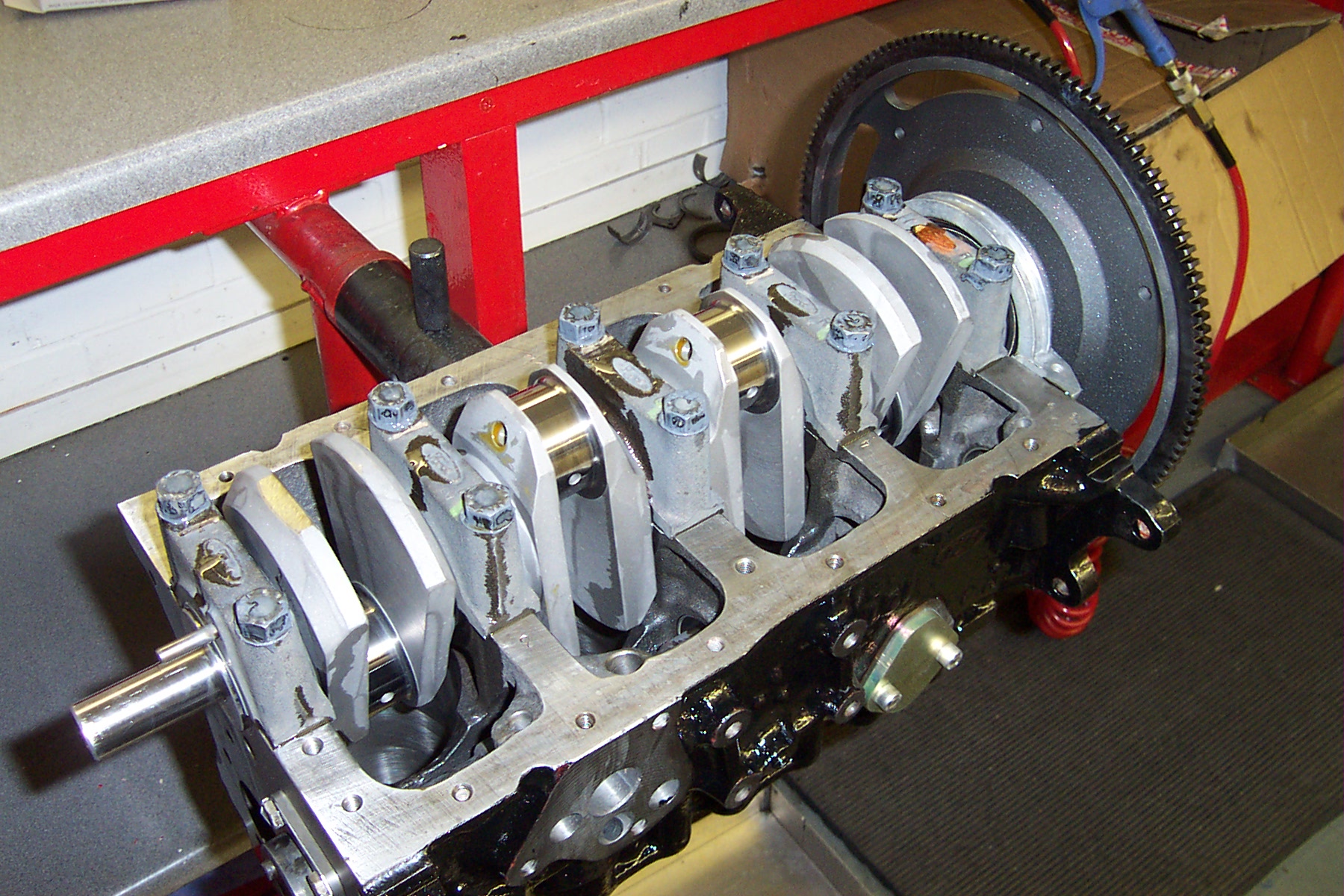 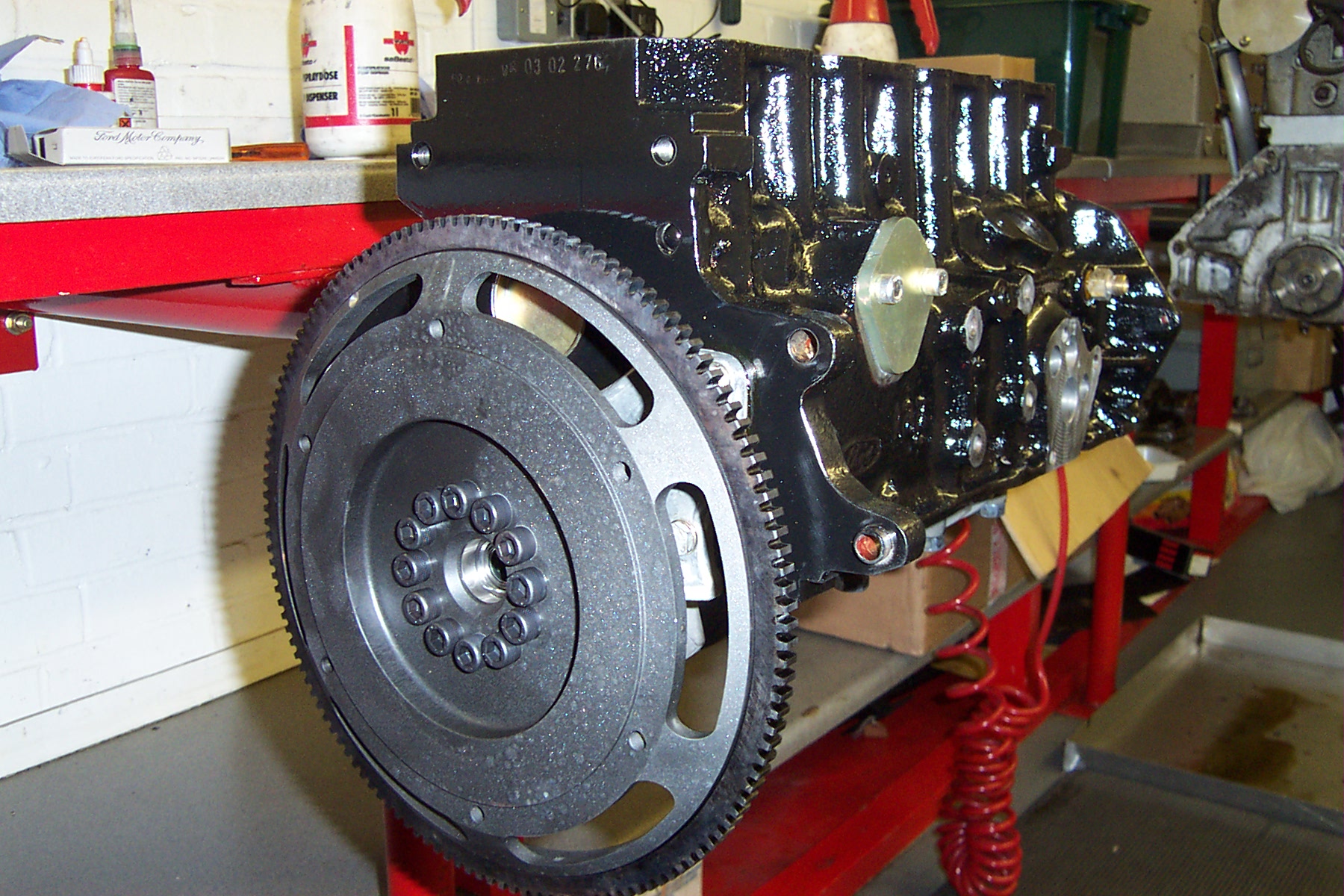 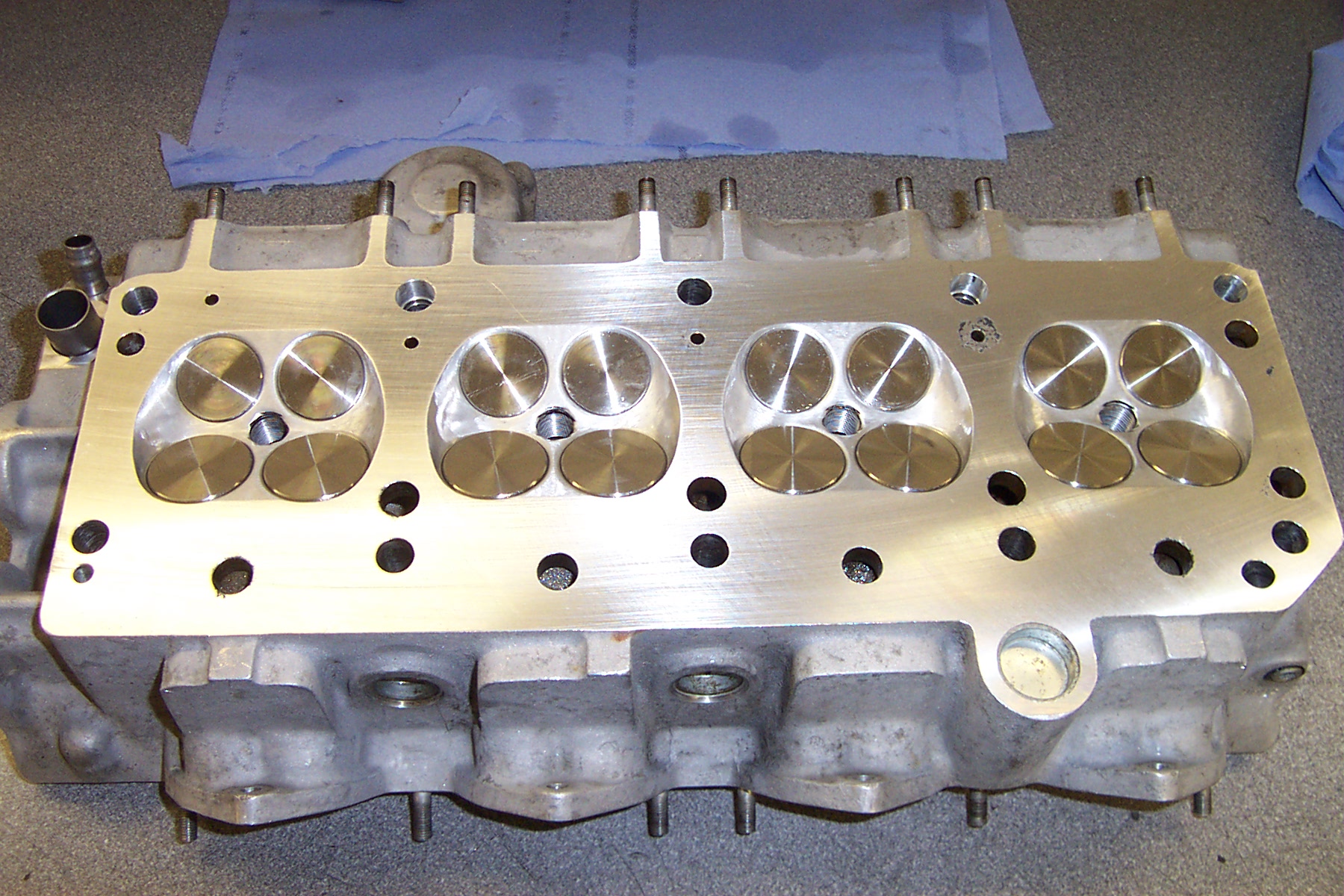 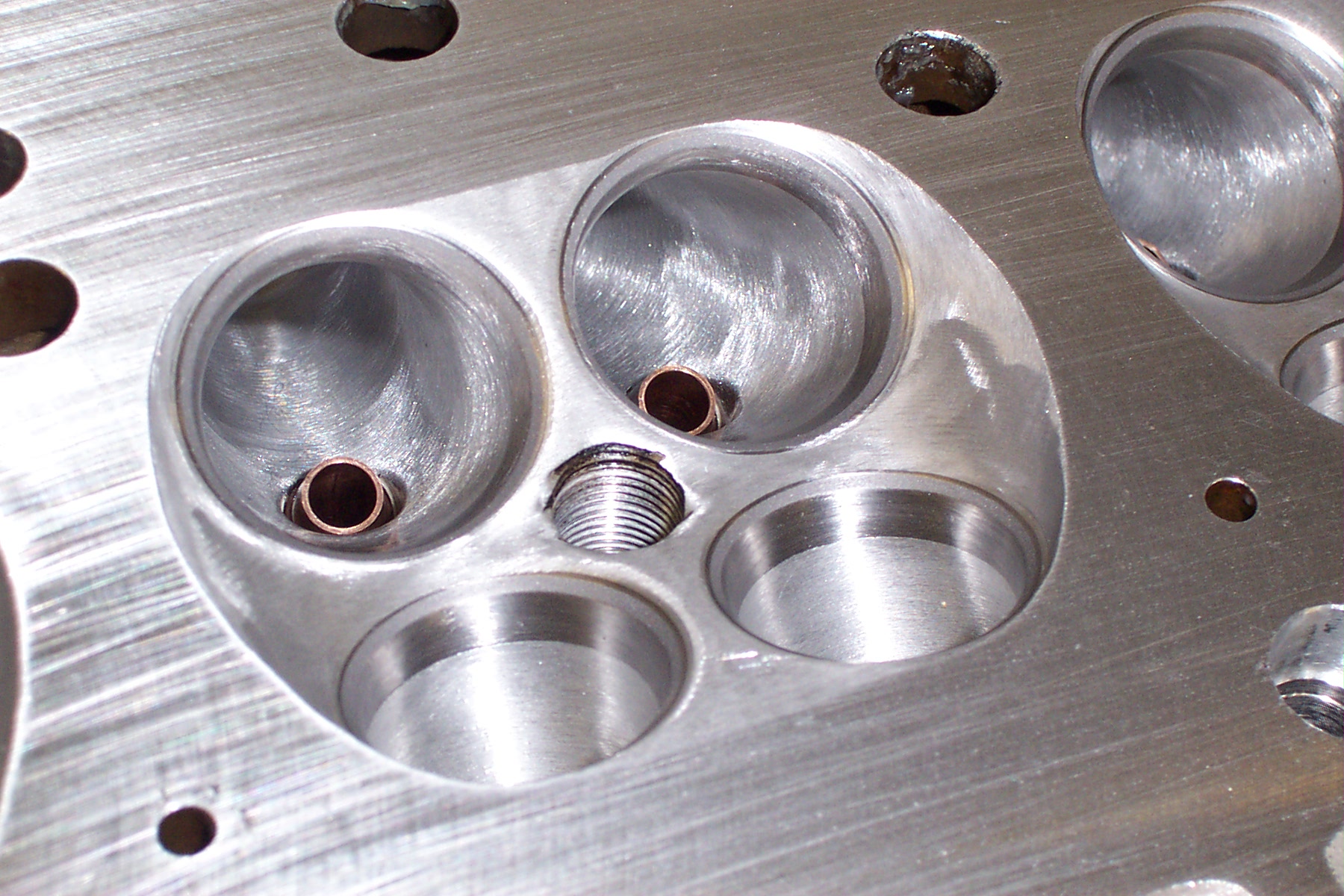 A close up, this is what it's all about, an experts work.

Click here to see all of Rogers pictures of the rebuild.