I noticed the rear adjusters weren't working, the adjusted nuts just went round and round. I've hear that some shoes supplied by Moss are reported to have pegs on the shoes. I doubted that this was the problem with my car as the shoes have been on the car since before 1968. So, after a lot of looking, scatching of bonce and suck noises I concluded the problem was the spring that pulls the shoes to the wheel cylinder was also pulling the shoes away from the backplate, enough to move the peg out of contact with the snail. So, I added more washers to the peg that holds the shoes to the backplate, the ones with the split pin about halfway round the shoe. This should be done by adding one washer at a time as too many will have the shoes out of square and the drum won't go on. In my case one extra washer was enough. I now have 3 of the 4 adjusters working but the 4th, whilst in contact with the snail isn't working fullu because the snail is too far worn (it's smooth, no "notches" left!). I've visually set this to pushing the shoe out as far as it will go and plan to make some "covers to slip over the snails if they are too far worn. That can wait for the winter months, summers nearly here and after 2 years of not going out much I want to make up for the depravation. 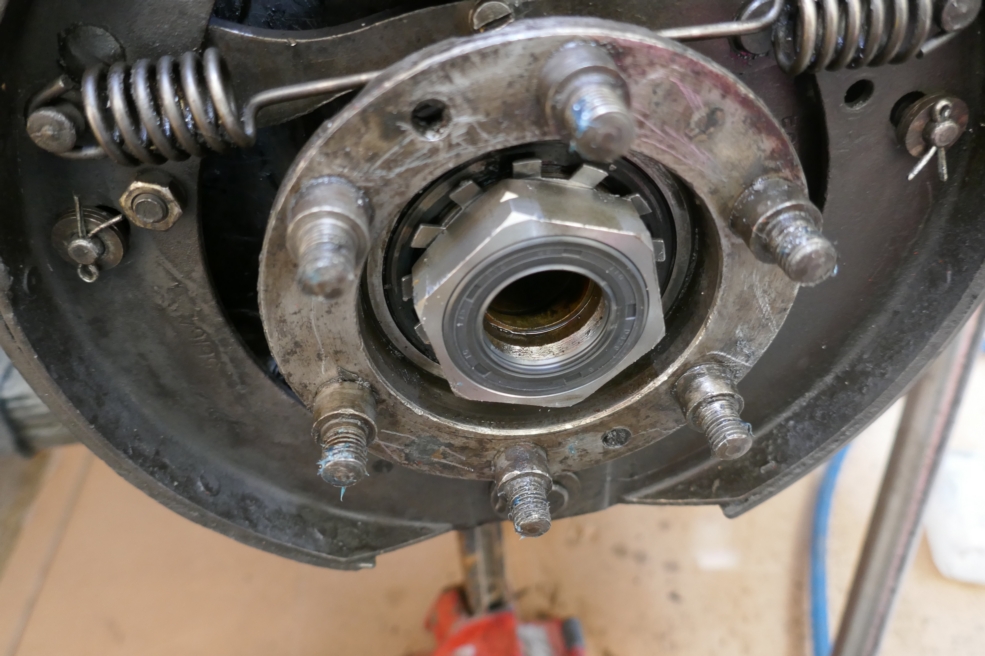 The Extra washers go under the split pins. The new hub nuts are Rogers Fernaux's answer to axle oil on brake shoes. I've fitted them but my solution was not to have too much oil in the diff. 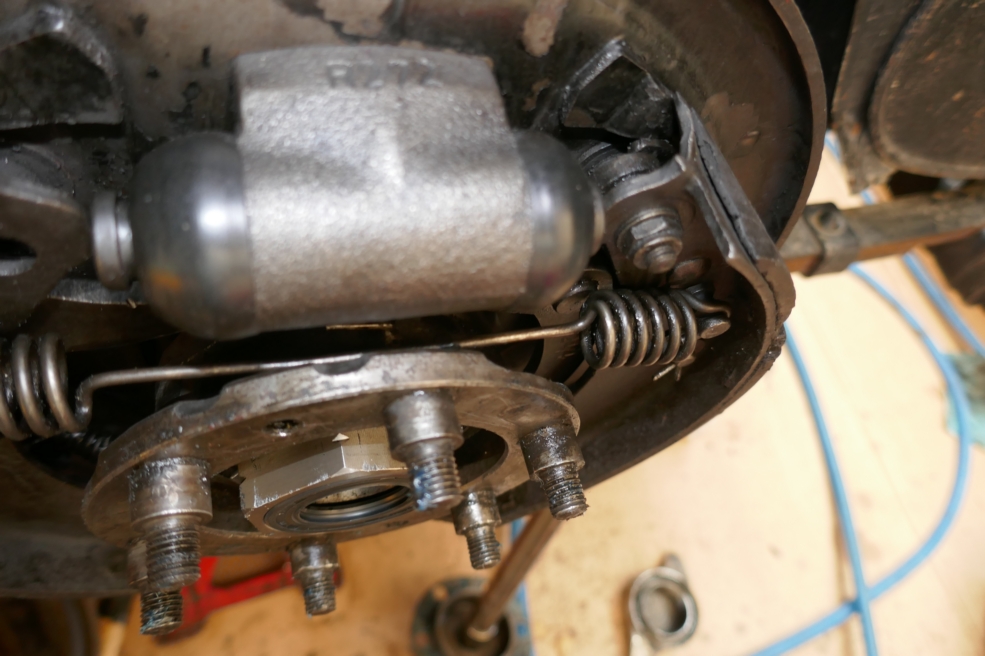 This is an attempt to show the snail and peg... I think I failed but you can see enough to work it out.