Held at Cudworth, near Barnsley, I've been involved with the show from it's early days when a few hundred people attended to this year when a estimated 18,000 visited. This was supposed to be my last year but the marvelous support I had from the Lotus 7 Club members has convinced me to carry on. With their help we raised £8103 for the Leukemia Research Fund. 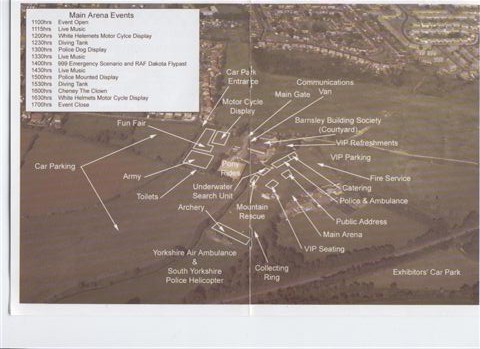 This is an Ariel photo of the Blue Light Show venue, Ring Farm. For 2004 the public refreshments will be where the VIP refreshments are on the plan and the main car park are marked. I have yet to decide where the club's area will be, but the members cars will be on show within the showground. 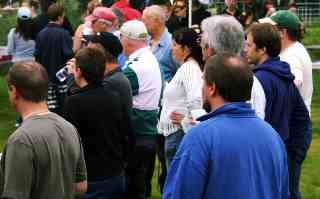 Seveners getting a briefing. 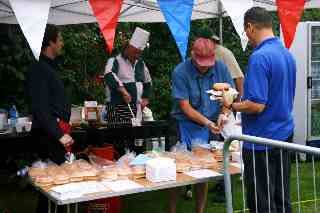 burgers, burgers and more burgers.   Nearly 2000 were cooked and sold in about 5 hours

The club stand, hidden behind the fun fair who were told not to bring their big rides, but that's another story. Kindly note the silver and yellow 21s. 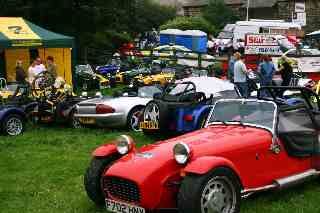 and from the other angle 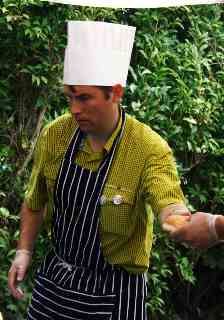 Nick Henstock. He's looking sad because he's working and not on Blat chat. 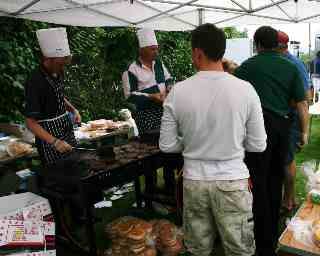 burgers, come and get your burgers 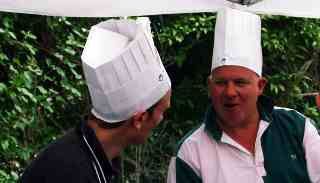 ... you're supposed to be selling burgers, not chatting! 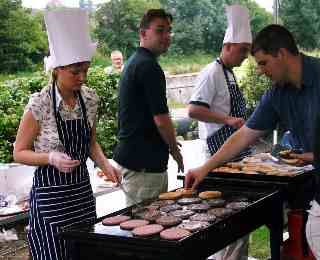 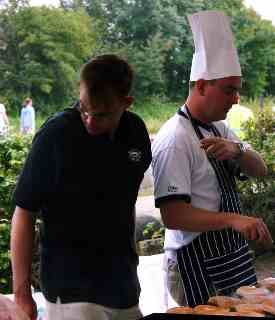 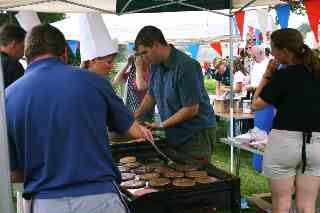 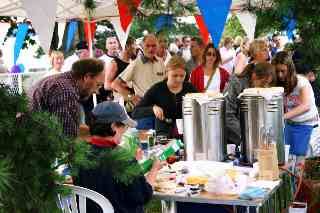 Sandwiches, tea and coffee were in demand as well as you know what

and meanwhile, some were taking money on the gates 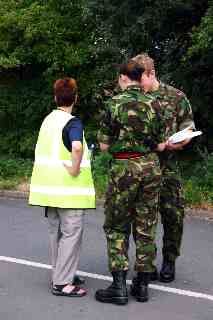 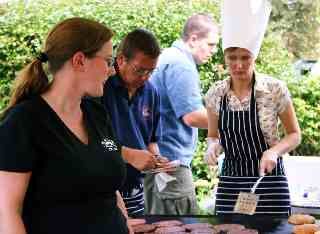 ... and they're still selling burgers 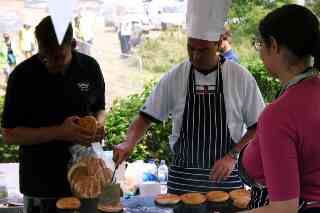 If you keep pressing it down hard they may go away. 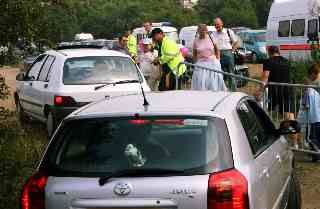 Did I mention that we ran the car park as well. 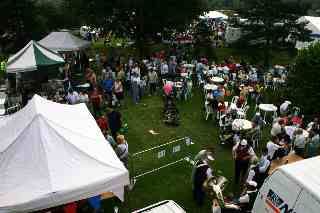 This is the garden, from which the team sold a few burgers, sandwiches & drinks. 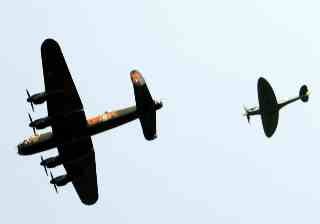 The Battle of Britain fly past bought a tear to most peoples eyes. The remarkable thing is the vast majority of onlookers were born after the war. These planes create very powerful images for us. 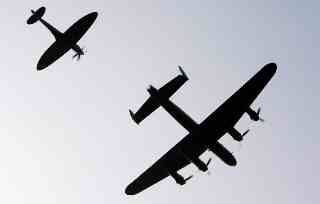 on the second pass. They went round 3 times.

That was supposed to be the last time I ran the show. However, due to the fantastic support from the members of the Lotus 7 Club I did it again the following year. That was the last time as we moved to France after the 2005 show. The show hasn't taken place since.