Other vehicles I have been involved with

This road roller has been in our local cricket clubs possession since the 1960's. It had never been serviced or maintained until I volunteered to "do-it-up" during 2001. 8 months later this was the result 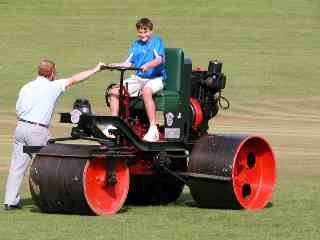 This road roller is marked "Barford Perkins Rochester". Looking at the engineering I would date it circa 1914. It was purchased from Henry Boot Ltd in the '60's and the engine changed to a Petter single cylinder diesel. The clutch is a large cone type. The gearbox has two output shafts, one inside the other and the clutch operates one or the other for forward/reverse. There are two speeds fast/slow, fast is slower than walking! The front wheel has the legend "patent road roller"

In the '70's I had a contract with the MOD to service & repair forces & government vehicles. Driving round the perimeter of Beavers Lane Camp (near Heathrow) in one of these Thornycroft Mighty Antar Tank Transporters was great fun, driving it through the West End of London wasn't! 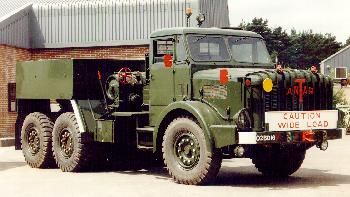