We felt honoured to be invited on the Bordeaux Blat in 2005. The party consisted of John & Susan Howe, Ray & Marion Pearce, Leon & Jackie Smith, Michael Clement, Steve Mell & ourselves.

Our hosts, Hugh & Kate Dent deserve medals for the amount of organising they put into the trip. There aren't enough words to thank them for, as far as were concerned, was one of the best holidays we've had.

My car broke down on the third day of the trip on our way to Bordeaux. The clutch plates stripped the splines yet again. I would like to thank those who stayed with me whilst the breakdown lorry came to tow it away. You would think that being in an Opel hire car would have spoiled the trip but it didn't. Steve's car also broke down a few days later when the anti-roll bar link went through the fuel tank.

So we both ended up with hire cars which had to be dropped off at Calais ferry port, UK cars had to be picked up from the Tunnel port and we had to catch the ferry from Bolougne! The drive to catch the ferry was eventful to say the least, but that's another story and we don't want to get arrested.

Here are some pictures, at random, selected from hundreds we have of one of the best holidays we've had. 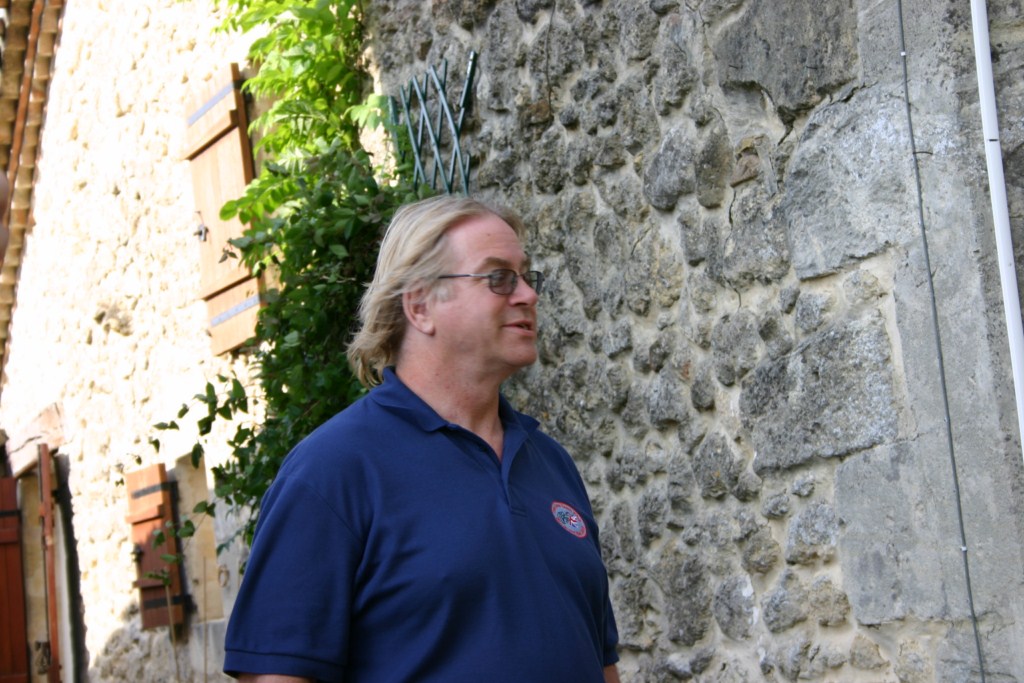 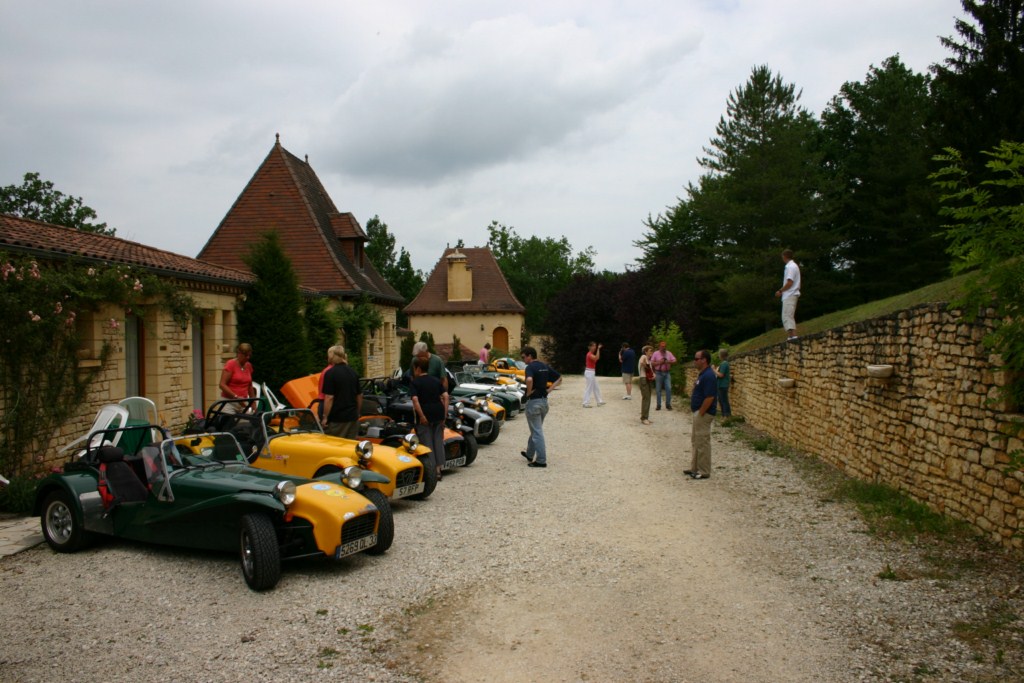 Lined up in the car park at the hotel outside the walled city of Domme. 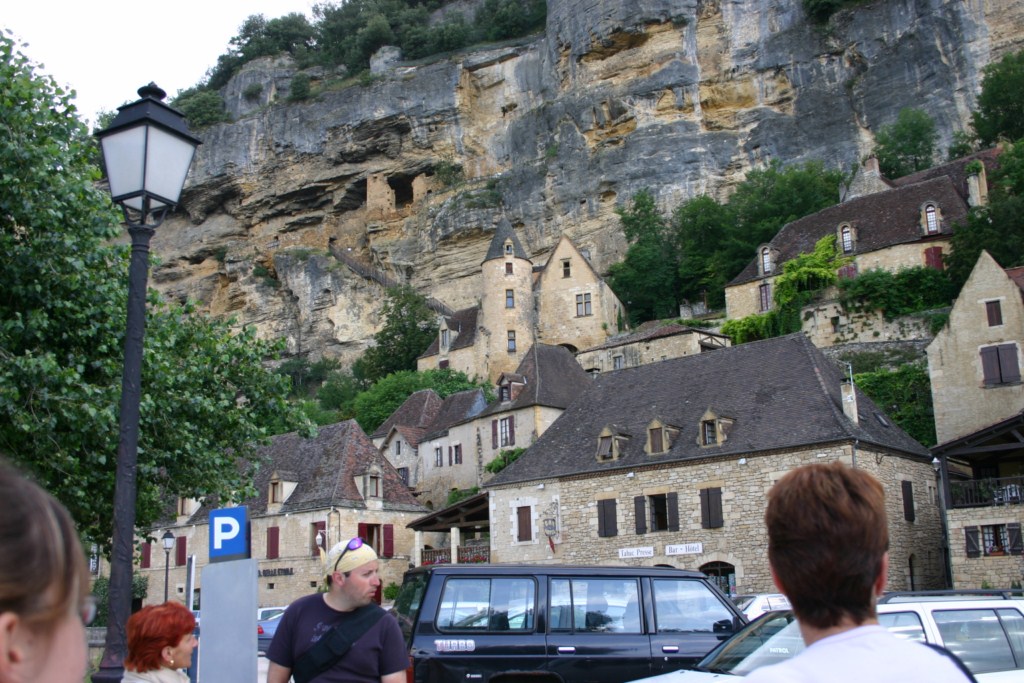 At the village built in to the cliff face. The chap with the bandana is Michel aka "Froggy" (he's French!). I can't remember the name of this village but it may be Carrenac. I'm sure someone will tell me if I'm wrong, they usually do! 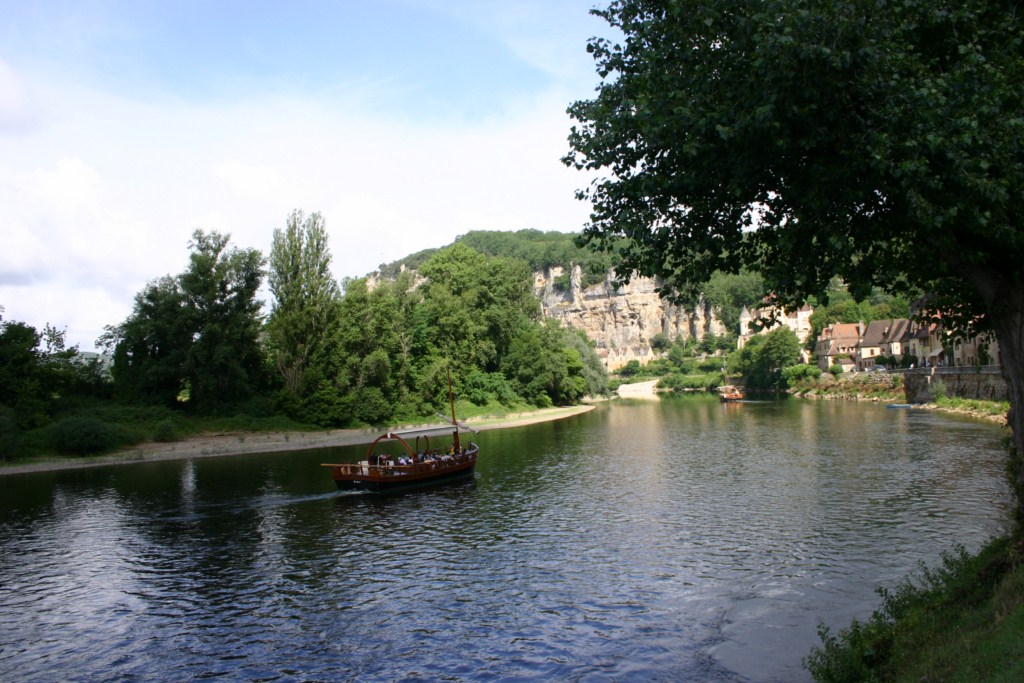 The Dordogne. We did the tourist boat trip. 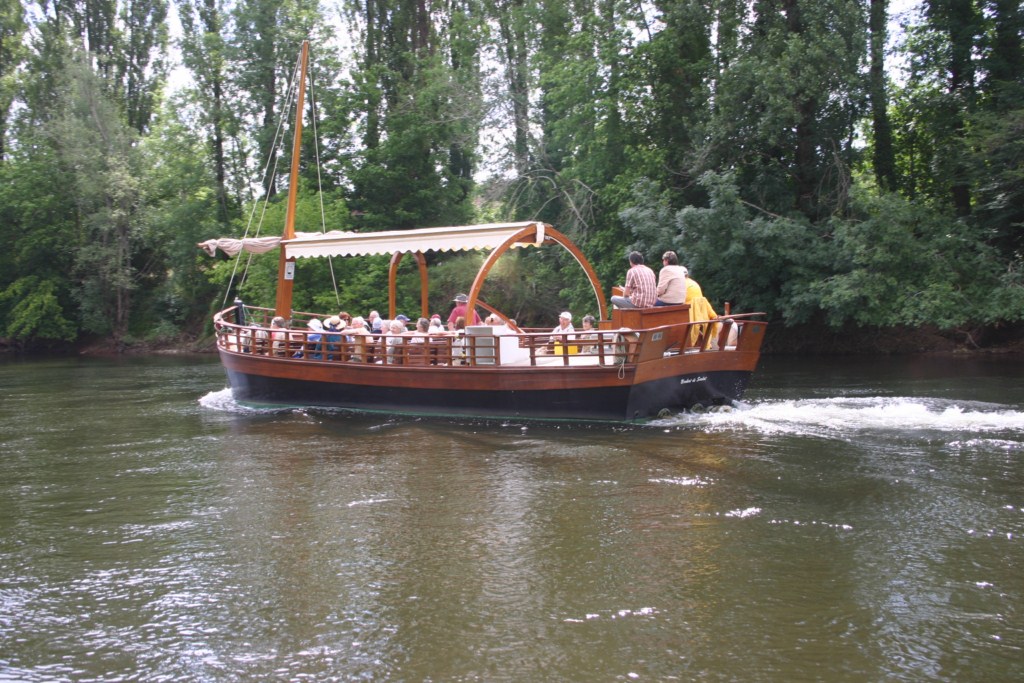 At the party Hugh & Kate's village put on for us. 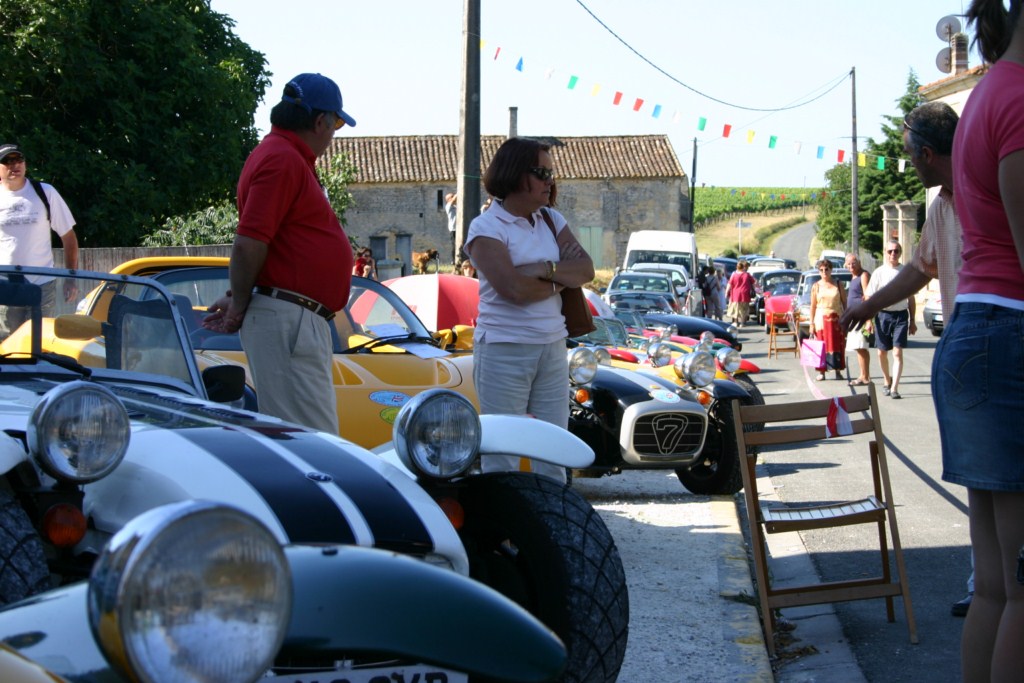 Now, I'm a bit confused about where this was. It was a local fete near Hugh's place. 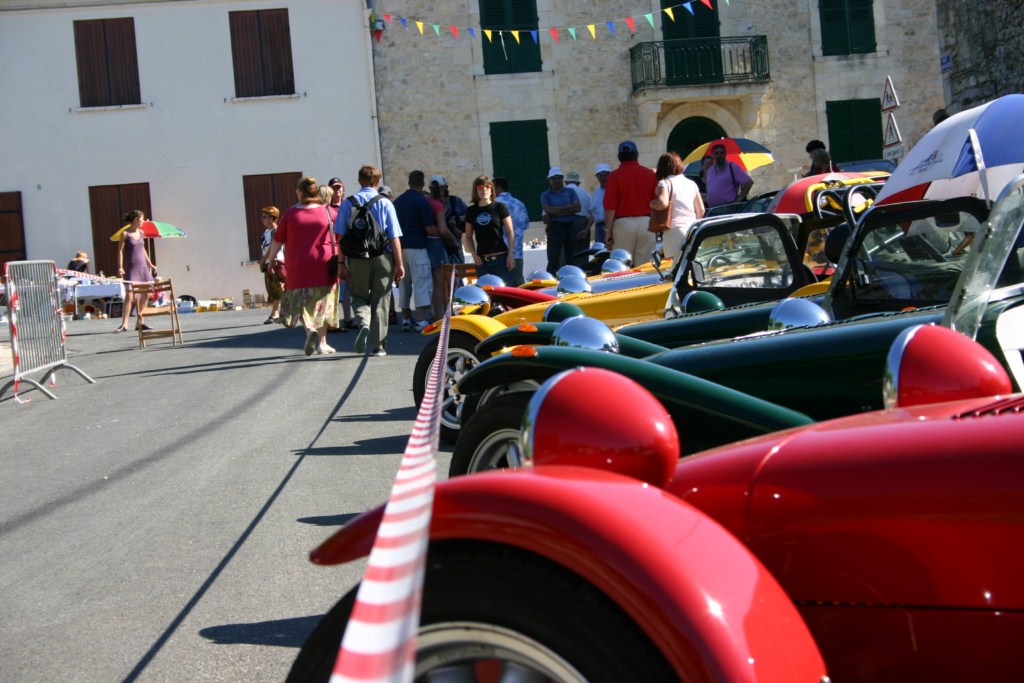 Clearly our cars weren't that interesting! 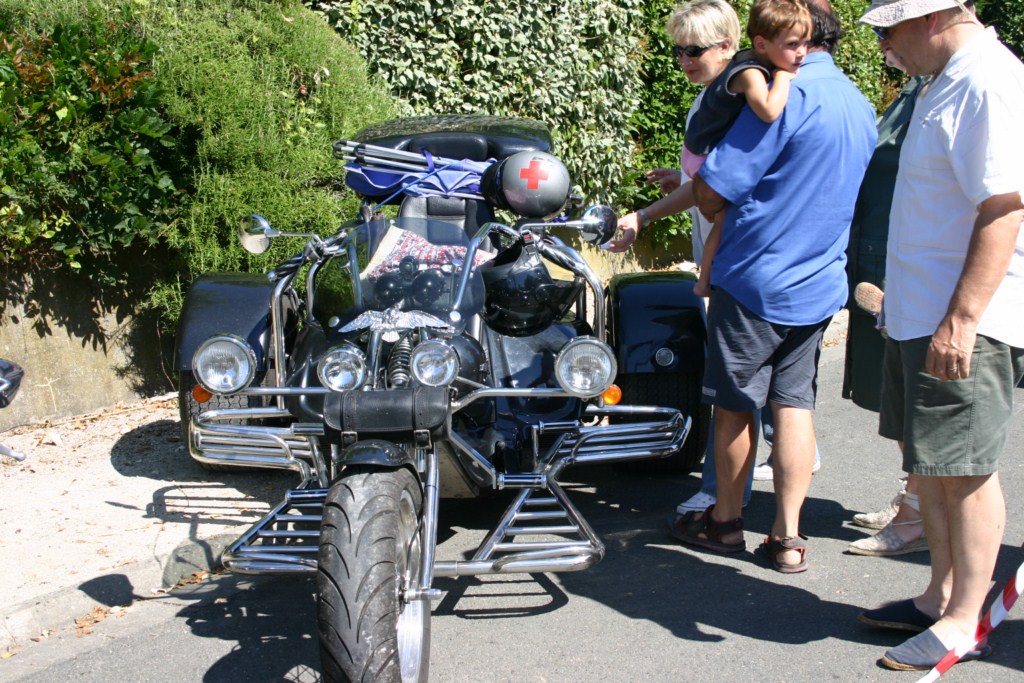 And they say our cars are mad! 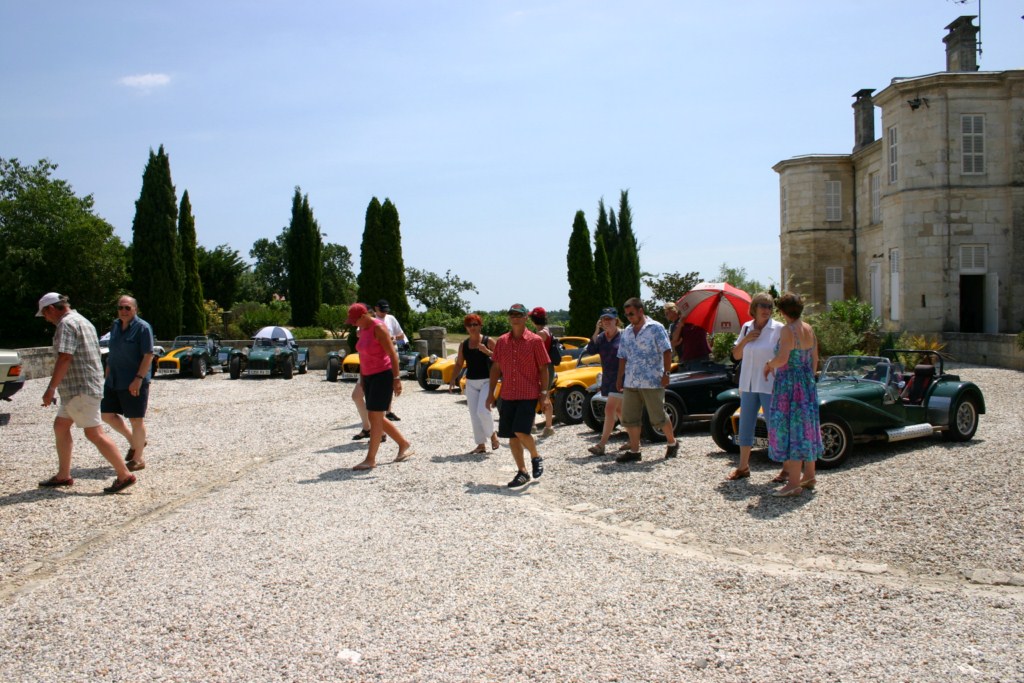 In the chateau for a wine tasting. The Chateau is owned by an English couple. The place was lovely and the wine wasn't bad. 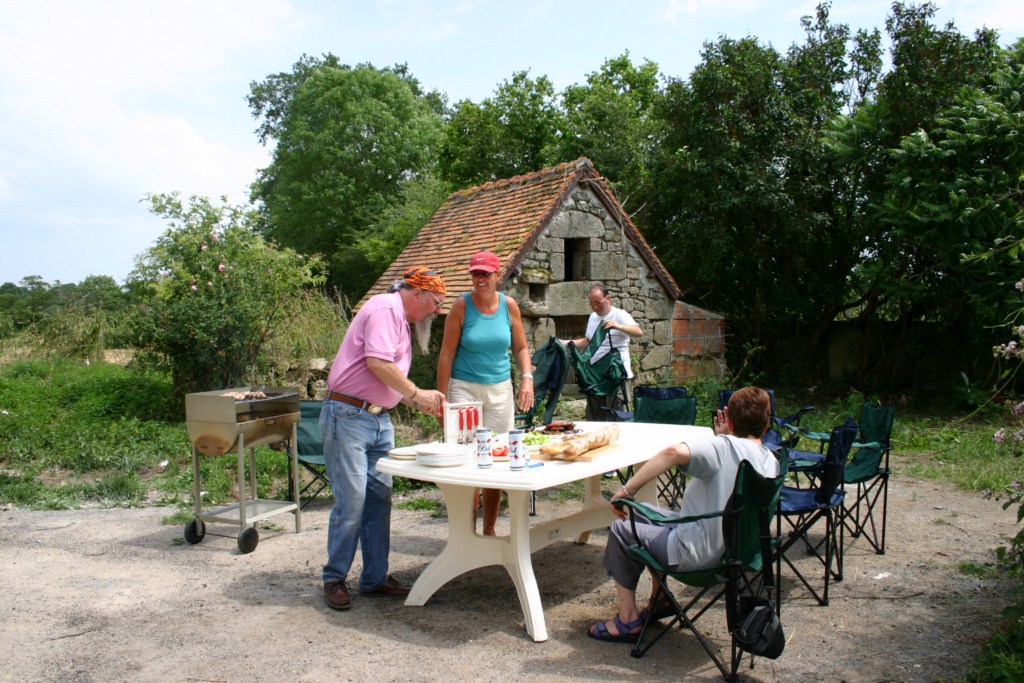 John Howe showing Marion Pearce how to open a box. At Leon's place in the middle of France somewhere. 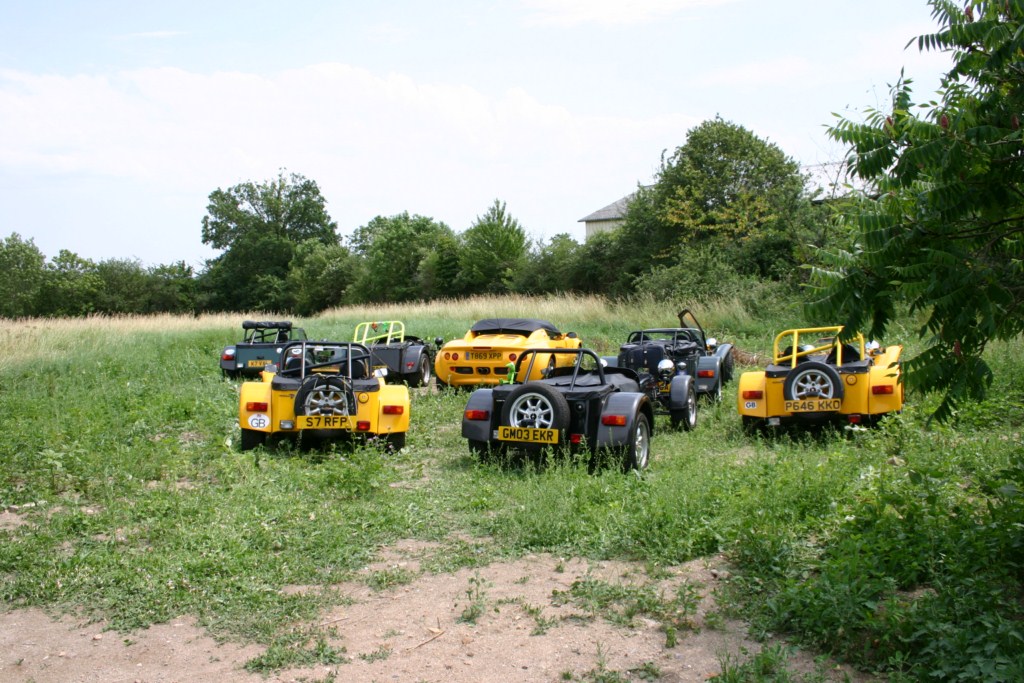 The cars. Mine and Steve's made it back on trailers kindly provided by the breakdown company. 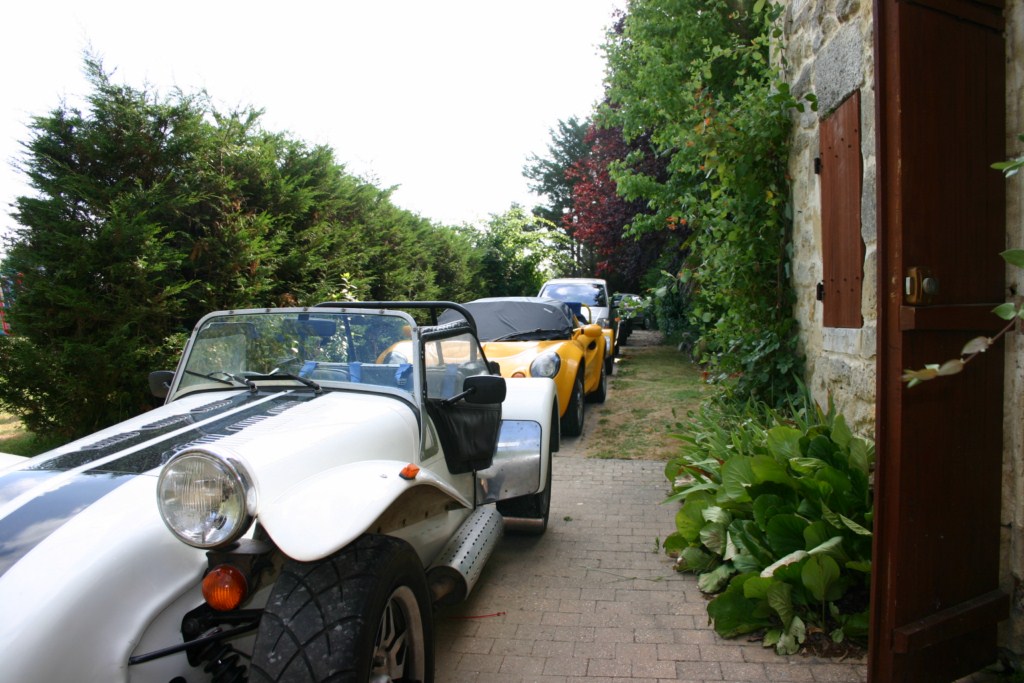 Outside Hugh's house near Bordeaux. 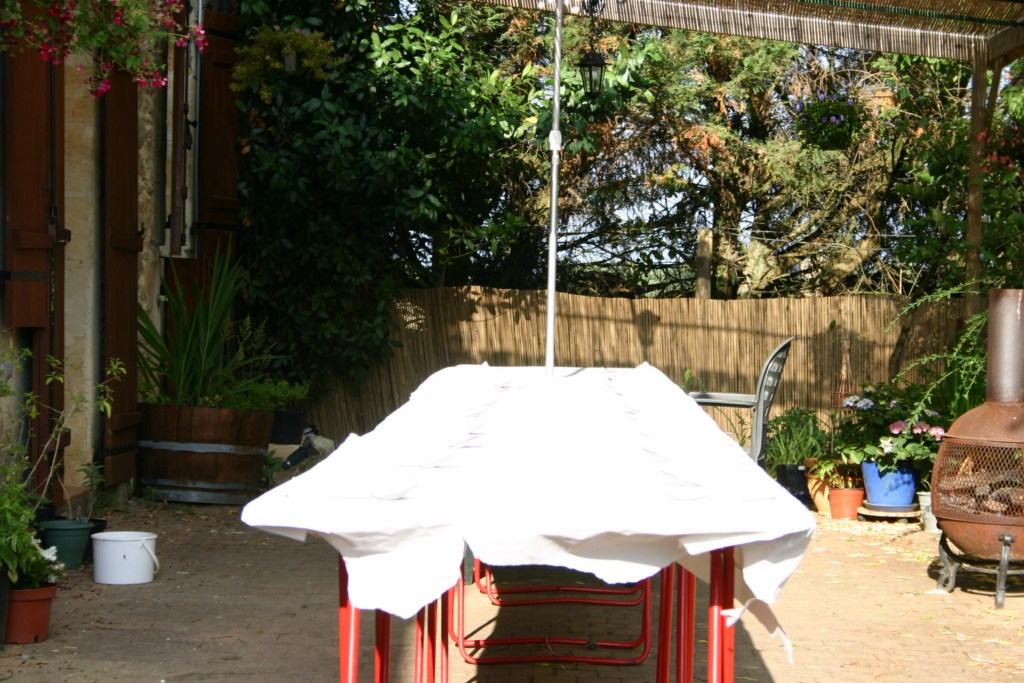 The table laid for lunch.

Marion Pearce No idea what so interesting over there, I'm behind the camera..... 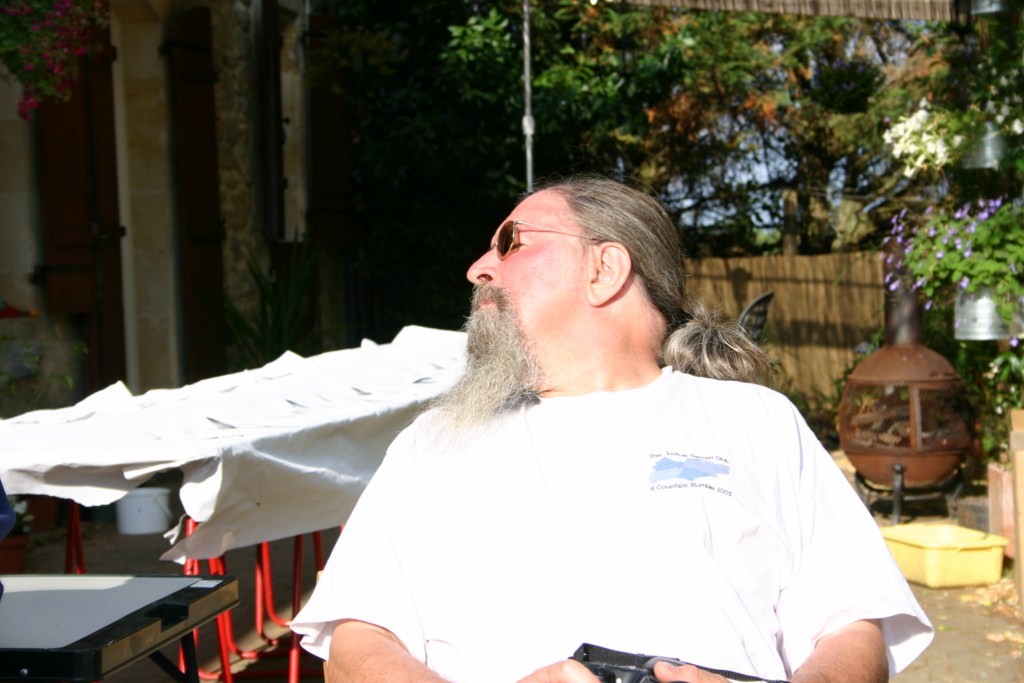 John Howe, a quiet moment - for us! (only joking John) 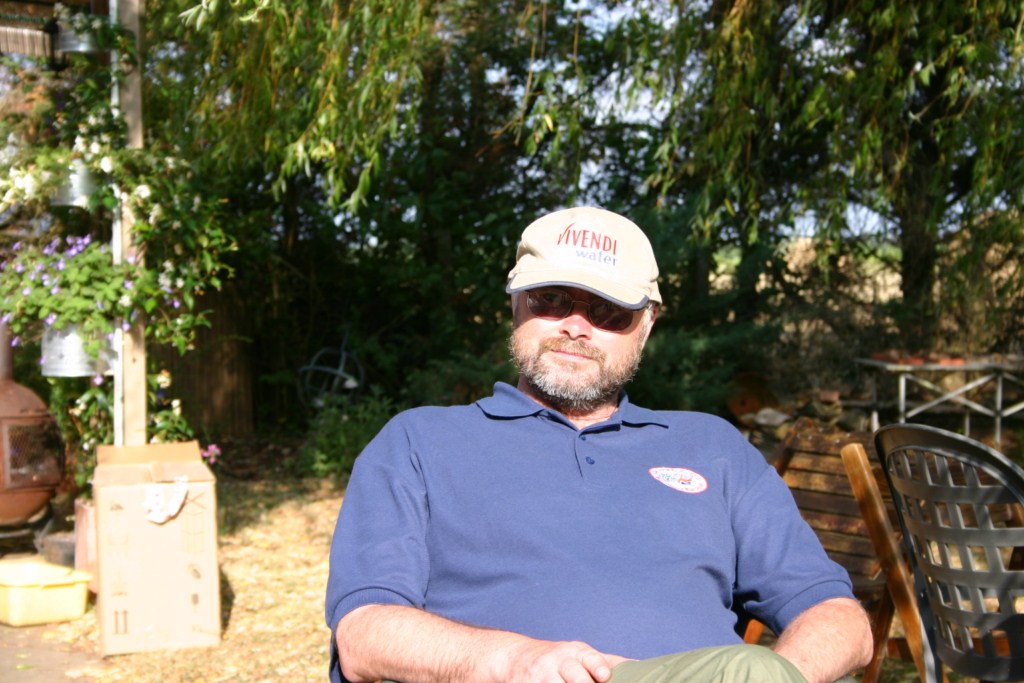 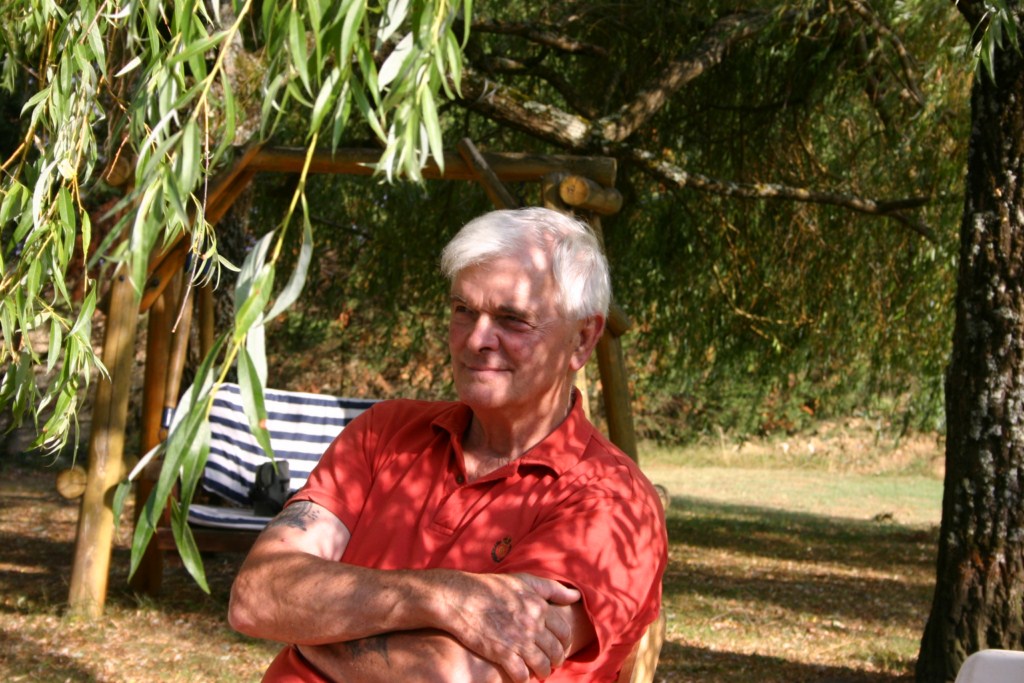 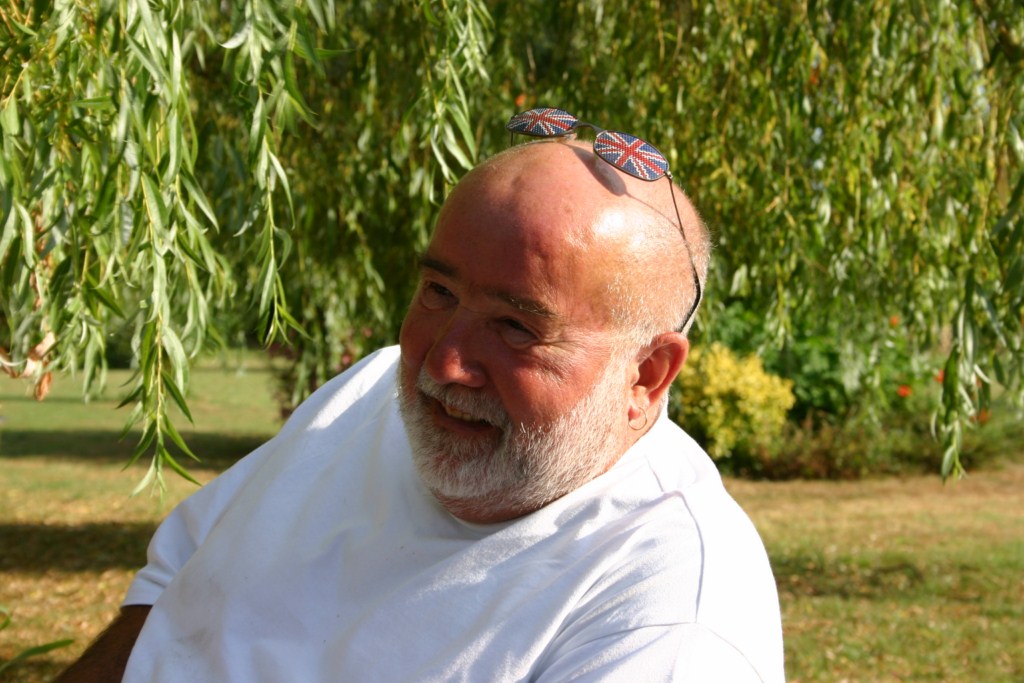 Bernie. Now, I've a tale to tell about him. two tales actually. We lived in a very small village in the Peak District between Sheffield & Manchester. New neighbours moved in next door and he knocked on my door asking if I knew how a friend of his in France could get the noise of his Seven's silencer down as he couldn't pass a French MOT. Turned out to be this chap who was at Hugh's when we got there. Next story. All the way there our intrepid frog, Michele (see above) was whittling on about Helga, Bernie's partner. Something about wanting his body and he's going if she's there this year. When we got there I asked Bernie if Helga was with him this year. "No, we've got a few changeovers, so she couldn't come". Turned out they ran gites for naturists, so Michele may have been right right about her wanting his body!

My lovely wife, Lynne, aka HM. 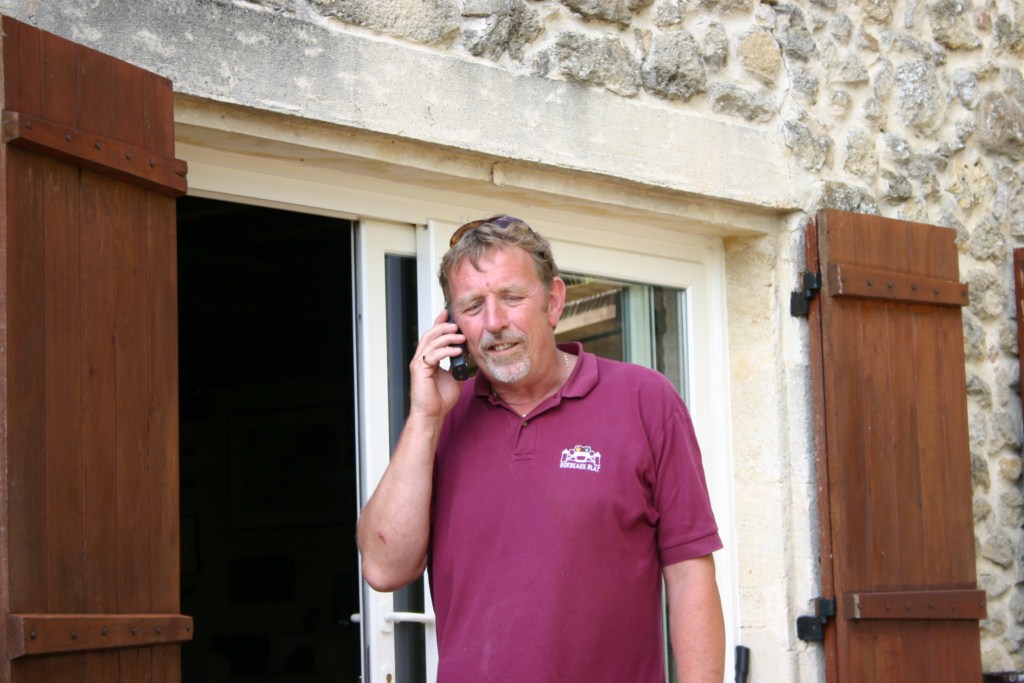 Our organiser, Hugh, organising something.

Many thanks to Hugh & Kate for a wonderful time and the most extraordinary organisation.